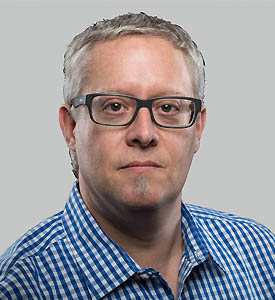 Michael Zahra is the President, CEO & Board Director of Drone Delivery Canada, an aerospace engineering company, and was previously President of Staples Business Advantage, President of Yahoo and President of Schlumberger RMS with prior positions at Motorola and Alcatel. He is currently on the Board of the Oak Ridges Moraine Land Trust and was previously on the Boards of Junior Achievement and Computers for Schools and has been involved in activities with Bullfrog Power, Tree Canada, Evergreen, Habitat for Humanity, Mississauga Food Bank, YMCA and Boys & Girls Clubs.  He is on the Quality Committee and is Vice-Chair of the Audit & Finance Committee of NYGH.

Michael has a B.A.Sc. in Electrical Engineering from the University of Toronto, an M.B.A. from City University, Seattle and a P.Log from the Logistics Institute.

He has additionally taken numerous programs in Cybersecurity & Cryptography, Neural Networks, AI, Robotics, Lean Six Sigma, Leadership, Execution, etc. from esteemed institutions such as MIT, Harvard, Carnegie Mellon, Queen's University and the University of Virginia. He has also taken numerous Fiduciary and Advisory Board programs from the Institute of Corporate Directors.

Michael was born in Toronto and is a world traveler and published photographer having traveled to over 57 countries.