History through the decades

History through the decades  was originally created as part of North York General Hospital's 50th anniversary celebration in 2018.

1959: The Don Mills Community Association, chaired by Thomas Dobson, forms the North Metropolitan General Hospital Association (NMGHA) and organizes a meeting of representatives of 22 service clubs and ratepayer organizations to explore building a 70-bed hospital. In November, the North Metropolitan General Hospital is incorporated and a provisional board of directors is organized in December.

At the time, the Missionary Health Institute was planning a 135-bed hospital and the Imperial Order Daughters of the Empire (IODE) was planning on rebuilding their Children's Hospital on Sheldrake Boulevard in Toronto.

1960: The first meeting of the provisional directors is held and a bank loan is arranged on the personal guarantees of the directors.

Richard Rohmer, a distinguished veteran of the Second World War practising law in North York, was involved in the early stages of hospital planning and believes getting Colonel Clifford Sifton on the board “gave us some instant credibility.”

1962: The Henry Farms,13.4 acres of land on Leslie Avenue near Sheppard Avenue, is secured for $95,000. North York Township voters give 70% support to an increase in the property tax mill rate for 10 years to fund the hospital. 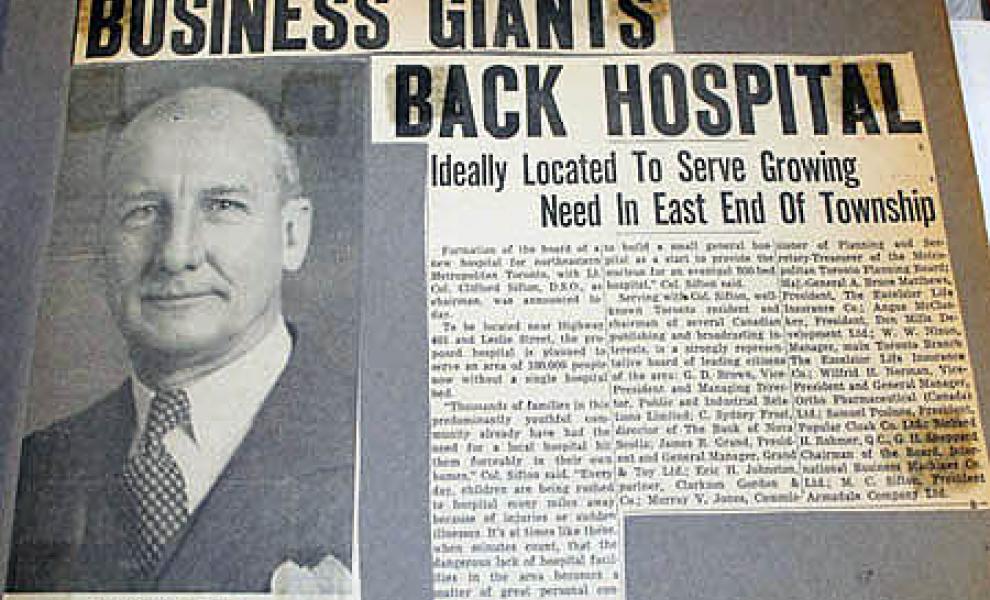 1965: Construction of the $8.2 million hospital begins in March 1965. Funding for the hospital came from government grants, a public fundraising campaign led by Bill Kay, and a portion of the 1 mill tax levy paid by residents of North York.
North York General Hospital purchases the Phillips House and 13 acres. Located just north of Sheppard at 10 Buchan Court, it was the former home of Colonel William Eric Phillips (1893-1964) who had served in the British army during the First World War and had subsequently become a wealthy business man and philanthropist.

1968: Premier John Robarts dedicates the hospital on March 15. The first patient is admitted on May 12 and three days later NYGH officially opens with 50 beds. By November 580 beds are operational.

1968: The charter of Bethesda Hospital was assumed by North York General Hospital at its inception. This change in structure recognized that the hospital-based work of Missionary Health Institute could best be achieved through a partnership that allowed both institutions to pursue excellence in their respective specialties. 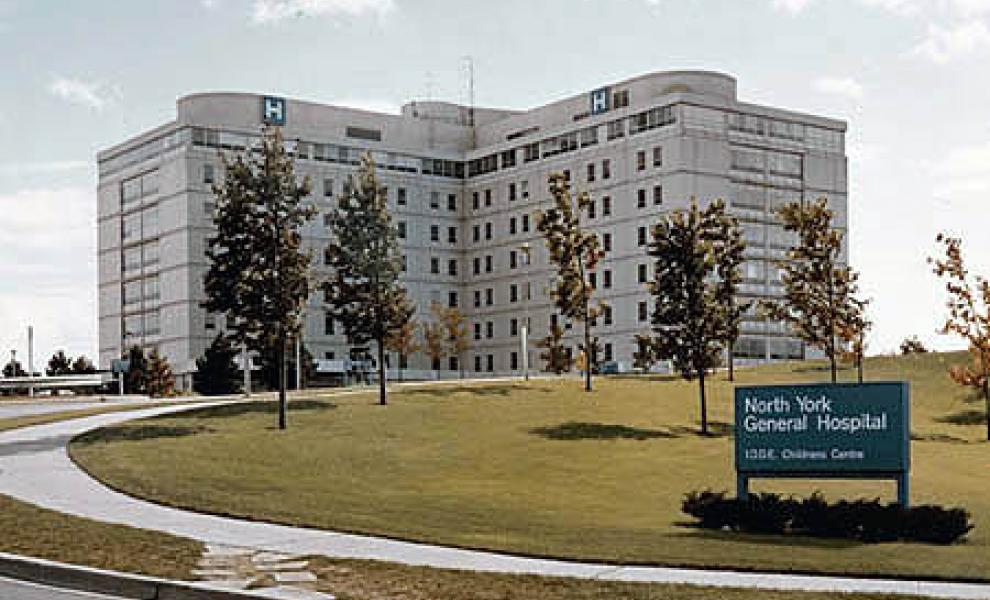