1994: A fundraising campaign, Getting Better Together, reaches its $40 million goal. 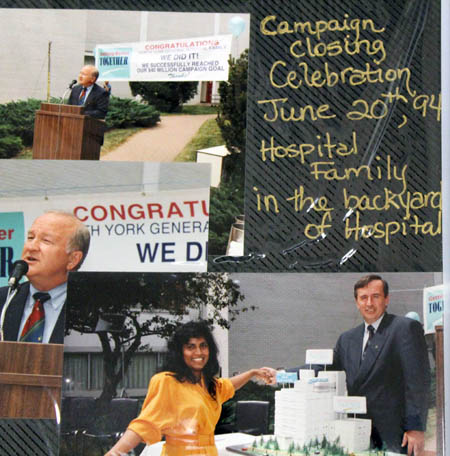 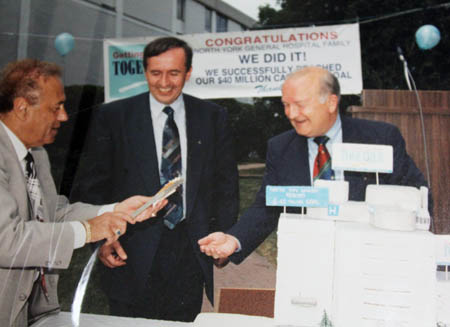 1994: The first four labour, birth and recovery rooms open as part of the redevelopment of the Maternal/Newborn Program. The chemotherapy clinic is expanded. 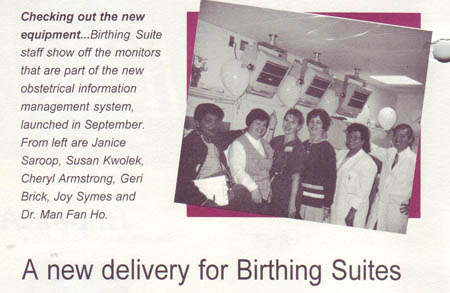 Opening of the redeveloped  facilities in the Maternal/Newborn Program.

1994: French-language services are established to meet the needs of the 60,000 francophones living in Toronto.

1996: Volunteer Services celebrates its 30th anniversary, and completes a five-year campaign to raise $1 million for the labour and delivery unit.

1997: Grace's Place, a room for children awaiting surgery, opens. Named in honour of surgeon Noëlle Grace, the room allows parents to stay with their children right up to surgery.

1997: The Health Services Restructuring Commission directs NYGH to assume management of North York Branson Hospital and to redistribute its patient services. The commission also orders an ambulatory care centre to be developed there and operated by NYGH.

1997: The BMO Financial Group Breast Diagnostic Centre is opened. It brought all the services for speedy and accurate diagnosis in a compassionate environment together in one location. 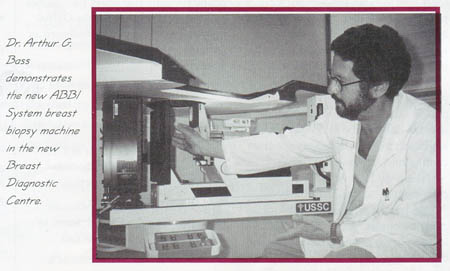 1998: North York Branson Hospital becomes part of NYGH and is renamed the Branson Division of NYGH. It becomes a centre for ambulatory care with an emphasis on seniors.

1998: The Charlotte and Lewis Steinberg Familial Breast and Ovarian Cancer Clinic, a service of the genetics program and the first clinic of its kind in a community hospital, opens. It provides DNA testing and counselling for women with a high risk of developing an inherited form of breast cancer.

1999: Construction starts on a $78 million redevelopment of the main hospital site.

1999: The Freeman Centre for Palliative Care launches its outreach program to bring physician services into the homes of terminally ill patients.

1999: An accreditation reports says “this progressive organization is excellent in all areas and can be viewed as a quality model.”