2011: The conversion to an electronic format of clinical and administrative processes is complete and all health records are now electronic.

2012: The Branson site is designated by the Ontario government as a Centre for Complex Diabetes Care.

2012: A three-year strategic plan sets as its central theme, “Our patients come first in everything we do.”

2012: A campaign to raise $150 million to upgrade facilities, technology, equipment and research, kicks off.

2012: North York General Hospital is the first hospital to meet 100% of Ontario's wait time targets for surgery, including cancer surgery.

2012: The Patient and Family Advisory Council is established to ensure the needs and priorities of patients and families are incorporated into all facets of care.

2013: The Centre for Education is established as part of an initiative to focus on growing and enriching NYGH's broad interprofessional education programs. 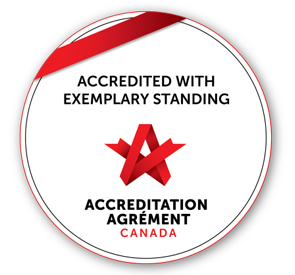 2015: NYGH achieves the lowest rate of health care associated with C. difficile infection out of all Greater Toronto Area hospitals for the period June 2014 to May 2015.

2016: NYGH balances its budget for the 14th consecutive year even as it allocated money for improved access to high-demand surgical and other services, additional staff training and new equipment.

2016: As it did in 2012, NYGH receives Accreditation with Exemplary Standing, the highest ranking given out by Accreditation Canada, after surveyors spent four days in the hospital to evaluate 2,5000 criteria.

2016: For the third year in a row Cancer Care Ontario presented North York General with a certificate for being the Top Performing Hospital in the province for 2015-2016 in Cancer Surgery Wait Times

2016: NYGH led the provincial ranking of emergency department (ED) pay-for-results (P4R) in 2016. It's funding rank is first among the 74 hospitals.

2017: NYGH begins to transition programs and services from the Branson Ambulatory Care Centre in anticipation of its lease expiration in 2019.

More single occupancy rooms in the Steinberg Family Acute Care Unit increase the protection of our patients and families by reducing the potential of hospital-acquired infections. Patient rooms on the newly redeveloped 7th and 8th floors of the unit have sweeping "healing" views of the city.

2017: NYGH is the first acute care hospital in Canada to be presented with the HIMSS Davies Award of Excellence for its eCare initiative, a multi-year, hospital-wide health care information technology (IT) transformation strategy. 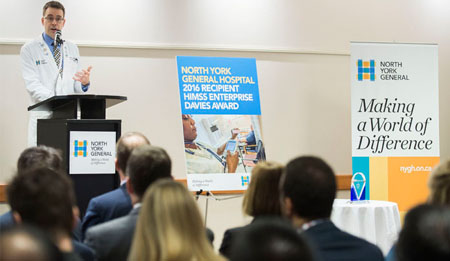 2017: In a collaboration between the Central LHIN, NYGH and four other hospitals, the Reactivation Care Centre opens in the former Humber River Hospital Finch site. The RCC is designed to care for patients who no longer require an acute care hospital, but who need specialized care to support the transition to home or other facilities. 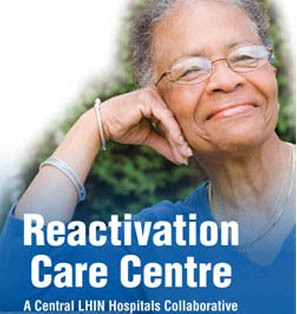 The Reactivation Care Centre has provided NYGH with 30 additional beds for patients who need specialized care.

2018: To meet the future needs of its community, NYGH announces plans to build a new ambulatory care facility for outpatients, and a new addition to the General site including more inpatient and critical care beds, as well as better access to diagnostic services.