Dr. Everton Gooden, Chief of Staff and Chair of the Medical Advisory Committee, is the recipient of the 2017 Harry Jerome Trailblazer Award. 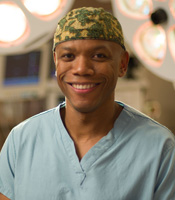 The prestigious Harry Jerome Awards, administered by the Black Business and Professional Association, recognize and honour excellence in African-Canadian achievement. This year's theme is "A class beyond excellence." The awards gala was held at the International Centre in Mississauga on April 22.

Dr. Gooden is an Otolaryngologist or Head and Neck Surgeon at North York General Hospital. He has been the Division Head of Otolaryngology/Head and Neck Surgery since 2009. Dr. Gooden has held a number of other positions at the hospital including President, Medical Staff Association and board member of both the hospital's and foundation's Board of Governors. Dr. Gooden was appointed Chief of Staff and Chair of the Medical Advisory Committee on July 1, 2014. 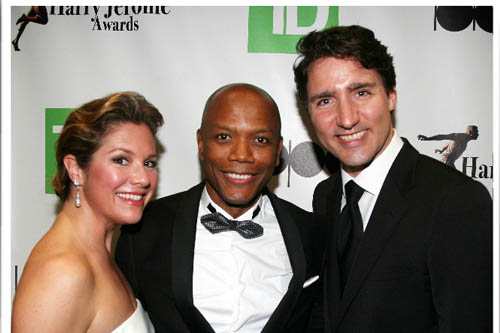 Dr. Everton Gooden, recipient of the 2017 Harry Jerome Trailblazer Award, with Prime Minister Justin Trudeau and Sophie Grégoire Trudeau at the awards gala on April 22. Prime Minister Trudeau was the keynote speaker at the gala.