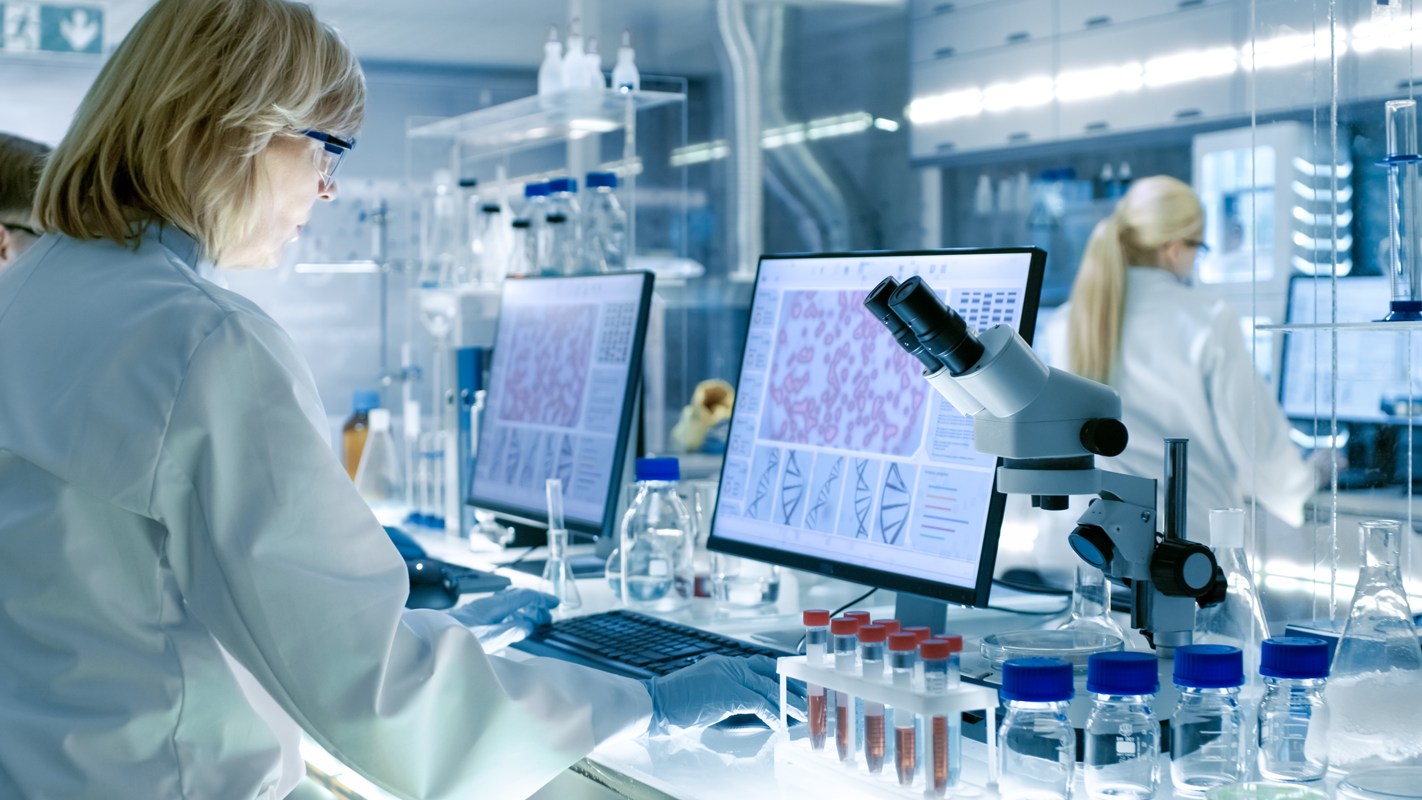 Huntington disease (HD) is a degenerative brain disorder that is caused by a genetic mutation. While there are currently no medications or treatments that can prevent or cure the disease, staff and physicians in the Genetics Program at North York General Hospital (NYGH) provide comprehensive diagnostic, counselling and testing services to individuals and families facing the disease. The Pulse spoke with a patient and a genetic counsellor about their experiences at the clinic.

The diagnosis wasn’t unexpected. Monica* had seen her brother struggle with the symptoms of Huntington disease (HD) – tremors, delayed motor functions and depression – and suspected she carried the inherited gene mutation as well.

Still, the decision to undergo testing for a solid diagnosis wasn’t one she took lightly and she waited for years before confirming what she knew deep down to be true. “I always said that I would get tested once it affected me on the job,” Monica says. “When I began to experience severe obsessive compulsive disorder (OCD), I knew it was time.”

Mood disorders such as OCD are common for people with HD: as the brain cells die, the person often has memory problems and difficulty controlling emotions. Despite HD’s serious nature, Monica remembers the feeling of relief once she finally learned she had tested positive for the disease. “I felt free,” Monica says, who took a leave from her job. “I could finally move on and deal with things, without the stress of having to manage work.”

Monica’s story is one of the many staff and physicians deal with in the Huntington Disease Clinic at North York General Hospital (NYGH), one of Canada’s largest multidisciplinary clinics of its kind. While other health care organizations focus mostly on the diagnosis, NYGH’s clinic aims to provide a myriad of services and care to support patients and families as they navigate through their health care journey. Patients and families at risk for HD have access to counseling, predictive testing and long-term care follow-up as well as access to genetics, neurology, psychiatry and social work services. The molecular lab provides testing for Huntington disease for all genetic centres and other health care facilities in the province.

“A common scenario would be a patient comes in to see us as they have a family history of HD,” says Clare Gibbons, a genetic counsellor. “While they have the option of predictive testing, it’s important we work with them to find out if they’re ready to know if they inherited the disease. It’s a very personal decision. Some people like to know if they have the disease so they can plan and take action. Others prefer not to know as it would take away their hope. It might be a straightforward blood test, but, psychologically, it’s anything but simple.”

Once a patient is ready to learn if they have inherited HD, there are two different scenarios: testing negative or positive. While the former is welcome, it can also bring with it feelings of guilt if other family members aren’t as lucky. The latter, of course, brings a myriad of reactions. “As a genetics counsellor, I talk them through the next steps and let them know we will support them along the way,” Clare says. “I am also able to help coordinate a holistic approach to care focusing on both the psychological and physical symptoms.”

Due to the complex nature of HD, there is no one-size-fits-all treatment plan for patients, according to Clare. “We can see a person who is asymptomatic for many years,” she says. “Others have mainly mood issues and we have a psychiatrist who can prescribe medication for that. The reality is many patients have motor and physical symptoms such as involuntary movements and issues with balance. That’s where a neurologist can help to manage those symptoms.”

While Clare says living with HD often isn’t easy, she is careful to stress that by catching the disease early they can provide treatments to improve quality of life. “We know that there is no cure for Huntington disease but until then, we will do everything we can to make our patients feel cared for and comfortable – whether it be through medical interventions or counselling to lessen their fears and anxiety,” she says.

As for Monica, who is accompanied by her uncle to appointments every three months, she chooses to focus on the positive and finds comfort in the care and compassion she receives at the hospital. She even contributes to HD-research studies at the hospital. “I participated in the studies even before I was diagnosed to help out my brother,” she says. “Now, I’m participating for the both of us. I feel like I’m really contributing to something important. My whole experience here has been very positive.”

Her uncle Alfred echoes her positive experience. “Everything has been pleasant, right down to the person calling to notify us of upcoming appointments,” he says. “We are incredibly grateful for this support system. It really helps.”

Huntington disease at a glance

Huntington disease is an inherited brain disorder that affects at least one in 10,000 Canadians, for which there is presently no cure. HD causes cells in parts of the brain to die: specifically the caudate, the putamen and, as the disease progresses, the cerebral cortex. As the brain cells die, a person with HD becomes less able to control movements, recall events, make decisions and control emotions. The disease leads to incapacitation and, eventually, death (generally due to other health complications).

As the HD gene is dominant, each child of a parent with HD has a 50% chance of inheriting the disease and is said to be “at-risk.” The disease occurs in all races and males and females have the same risk of inheriting it.

This article first appeared in the November 2019 issue of The Pulse.