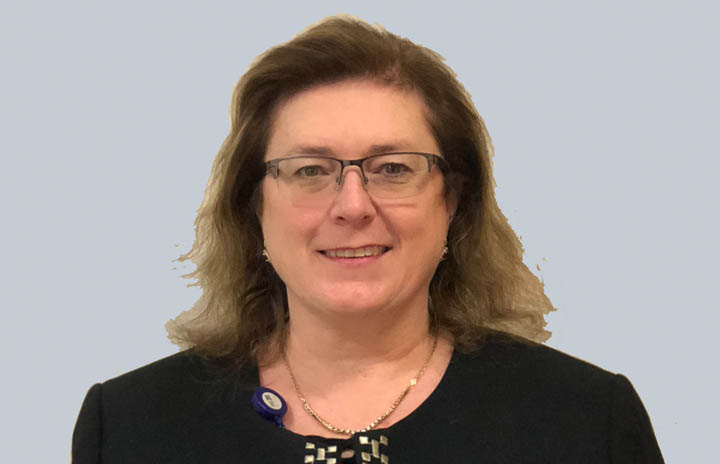 Edith Rolko was born in Budapest during a tumultuous political time. Her father, an engineer, and her mother, a teacher, went in search of a better, safer life. Edith and her family spent one year in Ethiopia before fleeing to Winnipeg. Seizing their one and only chance to escape communism, Edith's mother telegraphed her grandfather, an anesthetist in Winnipeg, and the next day five airplane tickets arrived. After landing in October they lived through six months of a Manitoba winter, then relocated to Toronto.

Edith grew up in North York and attended the University of Toronto, which at that time was the only University in Ontario with a Pharmacy program. She spent her summer vacations working at Toronto Western Hospital and enjoyed the complexity of hospitals. After graduating she went on to work at St. Michael's Hospital in General Medicine and Surgery, and was soon asked back to Toronto Western Hospital to set up their oncology admixture program.

At only 24 Edith had 20 people reporting to her as the Supervisor of Drug Distribution. She started an intravenous compounding program and was given a computer (which she had never seen before); the first computerized system was soon in place. Edith made a number of changes to the drug distribution system, implementing best practices. Former Director of Pharmacy Doug Cramp spent two hours a day mentoring Edith, teaching her to use critical thinking skills and how to approach different scenarios. “Doug didn't give the answers, he lead me to them; I was really lucky to have him,” says Edith.

In November 2018, Edith was awarded the Canadian Society of Hospital Pharmacists Dan Dasko Administrator Award. This award recognizes outstanding hospital pharmacy administrators who are willing to give of themselves to develop the future of the profession and empower their staff to make a difference in hospital pharmacy practice. 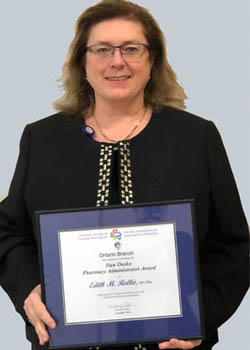 “This award meant a lot; the award is not tied to a specific activity but rather by the way I manage staff, and it's nominated by staff,” says Edith. “Although I never met Dan, I knew a lot about him — that's why this award was so meaningful — his best friend was my mentor Doug.”

Edith left hospital practice and worked in the private sector for 12 years at Calea; beginning as a manager, she was then named a director and eventually Vice President of Pharmacy and Operations. She then returned to the hospital setting and was the Director of Clinical Services at Toronto Rehab before joining NYGH.

Under her leadership North York General has implemented various technologies and clinical initiatives to improve efficiency, clinical services and patient safety — making our hospital one of the leading pharmacy departments in the country. “I enjoy the freedom to be able to think about innovative ways of accomplishing my goals, different approaches of providing care, and not accepting the status quo,” says Edith.

What drives Edith in her everyday work is ensuring patients receive the best care possible and the 110 staff members who report to her have job satisfaction. “I give my staff the tools to be able to work to their full potential and break down barriers that may occur,” she says.

When Edith isn't busy sitting on committees, teaching at the University of Toronto or providing her guidance at all levels including government, you may catch her taking her custom, limited edition red Camaro for a ride or relaxing at her cottage with her family.

This article first appeared in the April 2019 issue of The Pulse.