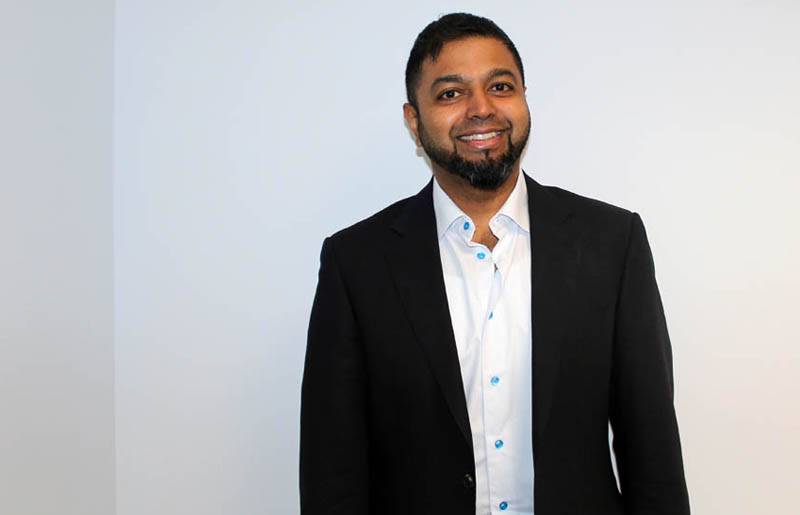 The desire to help people has always been a passion for Dr. Abheha Satkunaratnam, Chief of Obstetrics and Gynaecology at North York General Hospital (NYGH). It's what laid the groundwork for his career path as a physician and surgeon. It also guides him in his personal life — he volunteers his time at a local community centre teaching West African drumming to youth.

Growing up in Calgary and attending medical school in Ottawa, Dr. Satkunaratnam later moved to Toronto for his residency and fellowship in minimally invasive and pelvic reconstructive surgery. Following that, he spent time in Australia furthering his fellowship training in pelvic floor disorders and surgical education.

In January 2019, Dr. Satkunaratnam started his role as Chief of Obstetrics and Gynaecology at NYGH. He had previously spent 15 years at St. Michael's Hospital as Head of Gynecology and the interim Chief of the Department of Obstetrics & Gynecology. He was also cross appointed at Women's College Hospital where he created and was the Medical Director for the advanced ambulatory procedure program and abnormal uterine bleeding program.

“A big reason why I decided to come to North York General was because I know that comprehensive women's health is a big priority here at the hospital,” says Dr. Satkunaratnam. “We have one of the largest obstetrical units in the city, a great neonatal intensive care unit and a very well regarded group of health care providers in obstetrical care and surgical gynaecology.”

Dr. Satkunaratnam's practice has a clinical focus on surgical gynaecology, women's health and he subspecializes in minimally invasive surgery to treat a variety of conditions that affect a woman's reproductive system, such as infertility, fibroids and polyps, endometriosis, and cancer. He also provides obstetrical and colposcopy care at North York General Hospital to offer women care throughout their lives.

As one of only a very few gynaecologists in Toronto trained in robotic surgery, Dr. Satkunaratnam hopes to bring new innovations to NYGH and would like to expand and advance services currently offered to patients. He is a known national expert in ambulatory (outpatient) surgical care, minimally invasive gynaecology including treatment of endometriosis, and medical education.

“My focus here at NYGH will be finding innovative ways to provide different types of care to women including advocating for new technology as I feel that women's health needs to be a top priority to ensure their unique care needs are met.” He also hopes to continue expanding the obstetrical program to serve the city's growing population.

Dr. Satkunaratnam has several hopes and goals for the program that he would like to implement over time. He hopes to continue improving patient satisfaction, while bringing a high level of care to patients and building on the hospital's teaching mandate and ties with the University of Toronto.

“In the future I would like to continue our strong and successful obstetrical program while expanding the gynaecology and surgical options to offer more minimally invasive options to women,” says Dr. Satkunaratnam. “One of my hopes and goals is to develop an outpatient program here at North York General, as I have done before, to investigate and treat abnormal uterine bleeding, fertility challenges including fibroids and polyps, and try to offer faster access to care so that women can return to their lives in better health.”

NOTE: North York General Hospital's obstetrical centre is one of the largest single site centres in Ontario and each year we celebrate the birth of over 5,700 babies. If you are thinking of having your baby at North York General, please visit our website for a list of physicians, Family Medicine obstetrics providers, and midwives.

The article first appeared in the March 2019 issue of The Pulse.