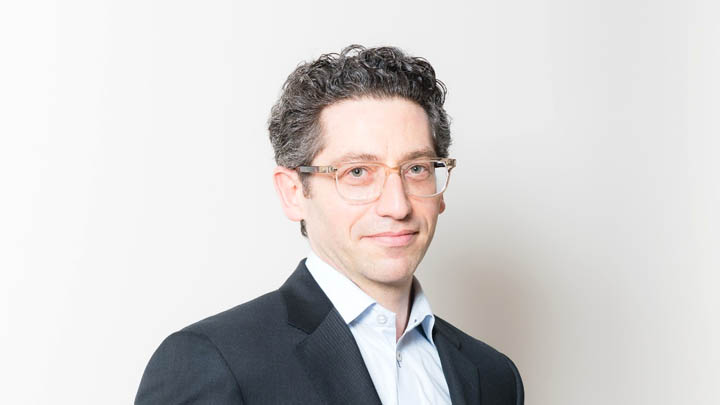 Dr. Kevin Katz is the Medical Director of both Infection Prevention and Control and Research & Innovation (R&I) at North York General Hospital (NYGH). Dr. Katz has developed a community/hospital-based academic infection prevention and control (IPAC) program at NYGH. The research areas of focus in this program are broad, including antibiotic resistant pathogens and febrile respiratory illnesses, like influenza virus. This research program is unique in Canada and has been very successful, leading to many collaborations with other academic health sciences centres, and a number of independent studies as highlighted below. Dr. Katz has worked tirelessly to establish the R&I department at NYGH with the goal of improving the delivery of health care through research that focuses on high quality, safe, patient-centred and sustainable care.

Dr. Katz began his work in infection control at North York General in 2004 during a new era of infection prevention and control after the 2003 Severe Acute Respiratory Syndrome (SARS) outbreak in Toronto hospitals. The H1N1 influenza pandemic followed a few years later in 2009 reinforcing the need to be prepared for widespread disease outbreaks. “It’s a field that is constantly evolving because you never know what the future holds,” says Dr. Katz. “But we can learn from past outbreaks to be better prepared in the future.”

Dr. Katz has been recognized nationally for his work in infectious diseases, most recently for his study with Sumit Raybardhan, an Infectious Disease Pharmacy Practitioner at NYGH, that examined stool banking patients' feces to preserve the microbiome.  The study, “Self-stool banking as a source for fecal microbiota transplantation: A pilot study,” was made possible by the North York General Exploration Fund. The study received the 2017 Dr. Lindsay E. Nicolle Award at the Association of Medical Microbiology and Infectious Disease Canada’s national conference for its significant contribution to infectious diseases and medical microbiology as demonstrated by its impact following publication.

As a member of a large research influenza study, Dr. Katz was an author in a paper published last year in the The New England Journal of Medicine. The study concluded that there is a significant association between acute respiratory infections, particularly influenza activity and acute myocardial infarction. The authors emphasize that this association is important because cardiovascular events triggered by influenza are potentially preventable by flu vaccination.

Dr. Katz was also the lead author of a Canada-wide study that was published last June in the Canadian Medical Association Journal. Dr. Katz and his team reported that hospital-associated Clostridium difficile infections dropped by 36% between 2009 and 2015 across a Public Health Agency of Canada network of 64 hospitals that he now co-chairs. C. difficile is the most common infectious cause of diarrhea in hospitalized patients in developed countries, leading to severe illness and in some cases death.

"There's probably a number of interventions that led to that decrease in the rate of C. difficile infections," says Dr. Katz. “The next step is to tease out these interventions and incorporate them as best practices.”

The study also examined the effect of the virulent NAP1 strain type on patient outcomes and institutional rates of health care–associated C. difficile infection over time. The findings suggest that, as the proportion of NAP1 strain isolates decreases in relation to all circulating strains, both the rate of health care-associated C. difficile infection and the number of severe cases can be expected to decrease relative to a peer hospital with a higher proportion of NAP1 circulating isolates. This means that both strain type as well as hospital hygiene practices affect a hospital’s C. difficile rate. “We also recommend strengthening infection control practices, such antimicrobial stewardship and enhanced environmental cleaning regardless of circulating strain types,” Dr. Katz noted. Read more at NYGH News and Publications.

Dr. Katz’s passion for understanding infectious diseases is also shown by research on Methicillin-resistant Staphylococcus aureus (MRSA). When first described in Canada in 1981, MRSA was reported as a health care-associated pathogen, but it later emerged as a community-associated MRSA (CA-MRSA). In 2007, Dr. Katz developed a research network, unique in Canada, focused on monitoring the emergence of CA-MRSA strains in the community, delineating risk factors for household transmission, and improving screening strategies. This project started with a pilot study on CA-MRSA in seven emergency departments in the Greater Toronto Area and was then expanded to 20 sites across Canada to determine the prevalence of CA-MRSA across Canada. The study concluded that MRSA continued to emerge across Canada and the prevalence was higher than previously expected.

According to Dr. Katz, there is an urgent need for fast detection tools of MRSA and other antibiotic resistant pathogens. With canine scent detection being an expanding field of study in medicine, Dr. Katz and his team at NYGH studied this approach as a tool to detect the volatile organic compound of MRSA. The study, also made possible thanks to the NYGH Exploration Fund, was approved by both the NYGH Research Ethics Board and the Centre for Phenogenomics Animal Care Committee to ensure that no animals were harmed during the study. Dogs “worked” at the NYGH Branson laboratory two or three days per week for a period of 1.5 years. Dogs were trained to detect the Canadian MRSA strain as the target scent (S+) between two non-target scents (S-).  The training was conducted by a certified dog trainer using science-based positive reinforcement training. See one of the trained four-legged friends in action at dog detecting MRSA. Dr. Katz’s study demonstrates that dogs can be trained to discriminate bacterial cultures individually and in combination with more than 90% of sensitivity and specificity. Dr. Katz says more study is needed to prove that dogs can assist in routine testing in circumstances outside of a research environment/study. “Perhaps one day,” he says.

Dr. Katz’s research studies are great examples of how NYGH is transforming patient care through applied research and innovation.